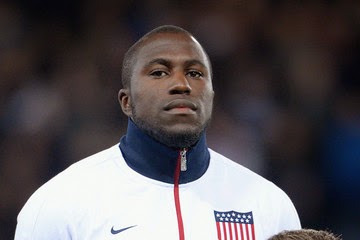 Ever since ESPN analyst Taylor Twellman reported on Wednesday that USMNT and Sunderland striker Jozy Altidore was lining up a return to Major League Soccer, there has been a lot of speculation as to who would pay Altidore the $5 to $6 million annually he is seeking. There also is the issue of who would have the first crack at signing him. Today, however, that was all put to rest.
Major League Soccer has a rule with U.S. national players coming into the league or returning to the league as well as top notch former MLS players that they are subject to go through an allocation ranking. The allocation is in inverse order of how each team finishes the year prior. However, this rule had been negated with current TFC midfielder Michael Bradley as well as Seattle forward Clint Dempsey and New England midfielder Jermaine Jones.

Bradley and Dempsey both did not go through the allocation order last year because at the time the league believed any team willing to pay these two players top notch salary as well as their acquisition fee was the ultimate decision factor. The league received some criticism for this, but this was not nearly as scrutinized as the Jermaine Jones saga from this past August.

Jermaine Jones, who was out of contract after the 2014 World Cup, had received interest from both Chicago and New England. He finally was assigned to the Revs after a blind draw and became one of the team's designated players.

Jeff Carlisle of ESPN reported earlier today that the MLS has decided for Jozy that they will return to the allocation order. Toronto and Portland are the teams vying for Altidore's services as we reported  earlier this week. The current allocation rankings have TFC sitting at 7th and Portland at 9th. Now if Portland were to make a trade with a team above TFC in the allocation order, they could leap frog Toronto, but at present, TFC sits above the Timbers.  It  seems as though the league wants to get it right this time with a USMNT player.

If the MLS does indeed follow through with the allocation order, it seems as though Altidore will be a Red this upcoming season so long as they free up a designated player spot. Those three spots currently are held by Jermain Defoe, Michael Bradley, and Gilberto.

Altidore played for the New York Red Bulls from 2006-2008 after coming through their academy system. In 37 career matches for the Red Bulls, Altidore netted 15 goals and assisted on 5 other goals.