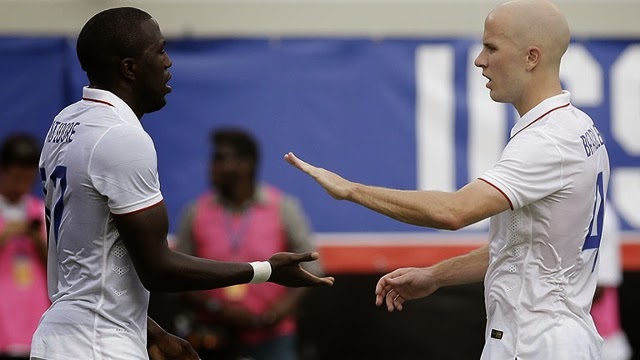 United States international and former New York Red Bulls Academy player Jozy Altidore has been linked to a move to Major League Soccer, with Toronto FC being a possible destination, per Taylor Twellman.


Former United States international forward Taylor Twellman first tweeted that the 25-year-old Jozy Altidore and Major League Soccer are in discussion about a possible return to MLS. Altidore, currently with Sunderland in the Premier League, left the league in 2008 to join Spanish side Villareal.

Twellman mentioned Toronto FC, New York Red Bulls, and the Portland Timbers as possible destinations. Today, reports are saying that New York Red Bulls will not be in the running any longer for Altidore because of his high price tag. It is said that Altidore is commanding a $5 to $6 million dollar annual contact along with Sunderland looking for a multi-million dollar transfer fee.

Toronto FC: Should Jermain Defoe leave the club, Toronto should be in prime position to pick up Altidore. A club-and-country duo of Michael Bradley and Altidore could combine for 20 goals. But would MLS want two of the top three American players based in Canada?

Portland Timbers: Owner Merritt Paulson recently said that his club are close to signing a US national team player, could Altidore be that player? With rumors swirling that Mix Diskerud could potentially be coming to MLS, who could Paulson be talking about? With Altidore potentially in Portland and Clint Dempsey in Seattle, the Sounders-Timbers Rivalry will surely be even more interesting!

One thing is for certain, Jozy Altidore will leave Sunderland by the end of the January transfer window.
Posted by Unknown at 3:45 PM