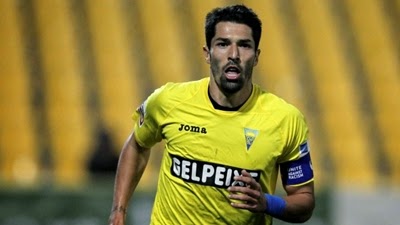 Heading into the 2015 season, TFC-Rumors will do a weekly scouting report of players that the club should consider acquiring to bolster the 2015 Toronto FC squad. This series will run every Monday for the next few weeks leading into the transfer window.

To begin this Scouting Series, Toronto FC Rumors will cover Steven Vitória, a center back with ties to Toronto who currently plays in Portugal.

Biography
Steven Vitória, a  6 ft 5 in centerback, was born in Toronto and will turn 28 on January 11th. Before leaving Canada to go to Europe with FC Porto, Vitória played for Woodbridge Strikers Academy.

Club and International History
At the age of 18, Vitória signed with FC Porto's Academy, one of the best in the world. The Academy has produced the likes of Bruno Alves and Ricardo Carvalho, both members of two FIFA World Cup and UEFA European Championship squads. From 2006 to 2010, Vitória was sent on loan to various clubs in the second and third division of Portugal. During the 2009-10 campaign, Vitória was sent to Covilha and returned to Porto following the season before being released in July.

Vitória's best season as a player was the 2012-13 campaign he had with 11 goals in 27 with Estoril. The Cascais-based club qualified for the Europa League when they finished fifth in the Primeira Liga. The Toronto native left the club in July 2013 and was signed Benfica.

The 2013-14 Benfica season was one to remember. In May 2014, Benfica won the Tace da Liga and Taca de Portugal before losing the 2014 Europa League Final, where he was an unused sub, to Sevilla. Benfica also won the Primeira Liga. For the 2014-15 campaign, Vitória has yet to make an appearance for Benfica.

On the international stage, Vitória has played with Portugal's under-19 and under-20 national teams. He was part of 2006 UEFA Euro U-19 championships and the 2007 FIFA U-20 World Cup, played in Canada. Portugal's World Cup squad also included current Real Madrid defender Fabio Coentrao as well as Rui Patricio, Portugal's main goalkeeper.

He has previously been invited to full Canadian international camps.

Fitting into Toronto FC
Defense was a major issue in the 2014 season for Toronto and conceding 54 goals, the fifth most in the league did not help Toronto's push to the playoffs. A centerback pairing of Vitória and Steven Caldwell would be a slight upgrade over Caldwell and Doneil Henry.

Offensively, Vitória can be a major threat. At 6 ft 5 in, Vitória would be the tallest outfield player, 3 inches taller than Michael Bradley and would be a prime target on corners and free kicks (where he can also score from, see video). 9 of his 11 goals from the 2012-13 campaign were from penalties.


*TFC-Rumors is using this #ScoutingSeries purely as a way to potentially recommend players to the club. Steven Vitória or any other player in our series are not rumored to join the Reds.
Posted by Unknown at 11:50 AM