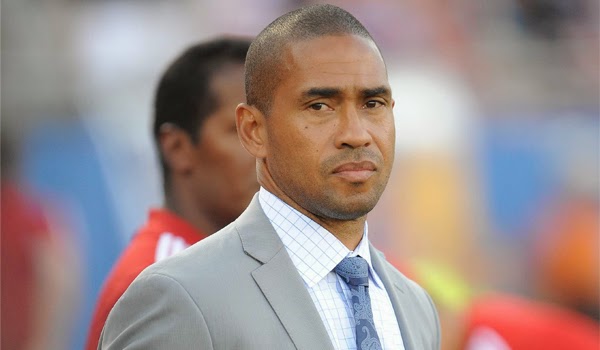 Fraser joined the Red Bulls in January of 2013 and was a key piece in helping lead the club to the 2013 Supporters Club Shield, the first in the club's history.

He has also had stints at the now defunct Chivas USA, where he served as the head coach from 2011-2013. Vanney was his assistant coach during the 2011 and 2012 seasons. He struggled to find his way with the club as he only compiled a record of 15 wins, 32 losses and 21 draws. In that run, the club also put together a 14-game losing streak.

Prior to that, he was regarded as the best assistant coach in the business during his stint with Real Salt Lake from 2007-2010. RSL won the MLS Cup during that stretch as well as a runner-up to the Supporters Shield in 2010. RSL had a then MLS record 29 match home winning streak.

Originally born in Jamaica, Fraser and his family moved stateside and was raised in Miami, Florida eventually attending Florida International University where he was a two-time Division I All-American. Fraser gained US citizenship when he moved to the states.

In the inaugural 1996 Inaugural Player Draft, Fraser was the 4th overall pick to the LA Galaxy. Prior to him joining the MLS ranks, he played for the Miami Sharks and Colorado Foxes, who were part of the American Professional soccer league.

Fraser also got his first cap with the U.S. national team on June 1, 1988 and appeared in 26 more matches with the squad.
Posted by Unknown at 9:15 AM