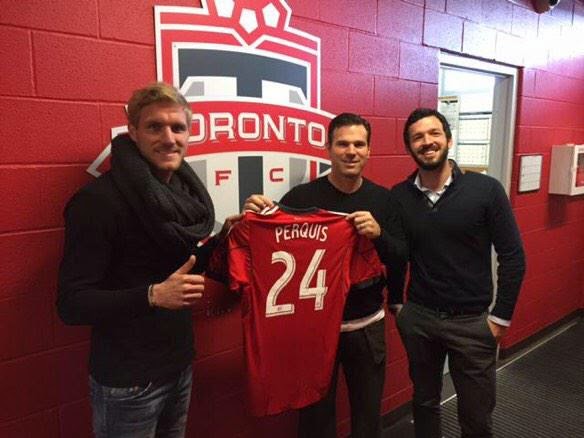 French-born Polish international central defender Damien Perquis has signed a contract with Toronto FC this morning. The 30-year old center back currently became a free agent after terminating his contract with Real Betis on January 19, 2015.


Reports out of Spain stated that Perquis, a native of Troyes, France, had an offer from Toronto FC last month. A change of scenery in Major League Soccer ended up being the best opportunity for him. He, of course, will not be a designated player for the Reds. He is a piece that is needed to compliment Steven Caldwell in the center of the back line. TFC gave up the third most goals in the Eastern Conference last season, 54.

Since Perquis has decided to leave the club, Toronto FC did not have to pay a fee to his last club, Real Betis. Terms of the deal have not been disclosed at this time.

Perquis, in three seasons with Real Betis, made 47 appearances, scoring two goals.  He also has spent time with French sides Troyes AC, AS Saint-Étienne, and FC Sochaux. Internationally, Perquis has earned 13 caps with the Polish national team after earning his citizenship in January 2011. He originally was with French youth international, but decided against playing for France.