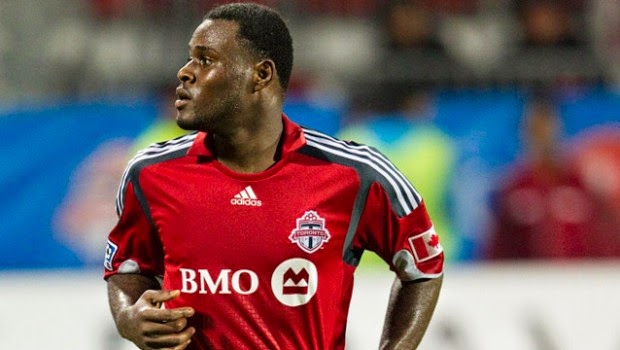 
Allando Matheson, a 22 year old forward, was a member of the Canadian under-17 and under-20 national team. While with the Academy, Matheson scored 10 goals in the 2009 Canadian Soccer League as the Academy finished 4th in the National Division.

In 2010, Matheson made his professional debut against then-USL Vancouver Whitecaps in the 2010 Canadian Championship. Starting the game alongside newly signed West Ham player Doneil Henry, Matheson played 66 minutes before being replaced by recent departure Dwayne De Rosario. The game ended in a scoreless draw as Toronto would win the Canadian Championship for the second time in a row. The Reds would follow up their 2010 victory by winning the next two Canadian national tournaments.

Since 2010, Allando has been with the University of Connecticut, where he played a total of 70 games for a total of 18 goals and 7 assists. In his 2012 season, the forward appeared in 19 games (7 goals, 3 assists) as he went on to score 4 game-winning goals. His senior 2014 season was cut short due to an early-season injury. In 6 games (190 minutes), Matheson recorded just one assist.

Be sure to follow @InfoSportSoccer for up to the minute combine information. TFC-Rumors will provide a post-combine update on Matheson's performance.
Posted by Unknown at 12:24 PM